Dominique’s troupe performed the comedy Les Fêtes villogeoises which was advertised as a new play by the author Sieur Lanoux the celebrated poet of Canada. However, André-Gilles Bourasse in his article A Swiss Harlequin on a Northern Tour says that Sieur Lanoux was mistaken for Jean-Baptiste Sauvé who was a native of the small village of Lanoue, France. He was a playwright and house author at the Comedie-Italienne in Paris and wrote Les Fêtes villogeoises, a pastoral comedy with musical interludes, in 1722.

Other entertainments provided by Dominque’s troupe included a Cantata and a Duet composed by Monsieur Zeliot and sung by Monsieur Colin and Madame Nina. Madame Nina also sang an excerpt from the opera Venus and Adonis.

The Gazette advertisement says that Monsieur Zeliot was a Quebec resident and “a great musician”. Bourasse, however, says that Zeliot was a member of Dominique’s troupe (unsubstantiated information.)

The libretto for Venus and Adonis was written by Charles Collé (Collet) who was a dramatist and singer. In addition to his theatrical career he enjoyed a successful career in business as a financier. In association with M. de Meulan, general receiver of a district in Paris, he became a very wealthy man. 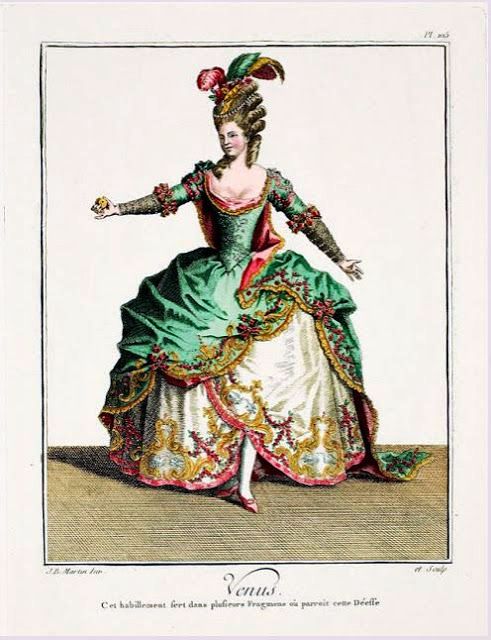 Venus and Adonis was first performed in front of Louis XV of France at the Château de Bellevûe, April 27, 1752.

Its choreography was done in the style of a ballet-pantomime by Jean Baptiste François de Hesse, also known as Hesse/Deshayes. Working at the Comédie-Italienne in Paris, Deshayes had a brilliant career there as a dancer from 1734 to 1762. In 1738 he became the master of ballet at the Comédie-Italienne , where he also played comedic roles. The marquise of Pompadour chose him to create the dances for the shows held in his theater of the Petits Appartements at the Palace of Versailles, and at Bellevue Castle from 1747 to 1753. Hesse/Deshayes was also co-director of the theater of the Opéra Comique , where he assumed various positions from 1758 until his death in 1779.

He was an inventive choreographer, with some sixty ballets-pantomimes to his credit and many divertissements for various comedies. His choreography highlighted tradesmen and rural events, rather than serious subject matter. Deshayes’s imaginative choreography was greatly admired in his day, but because he left no theoretical writings his contributions to the development of pantomime ballet have generally been undervalued by historians. He was a contemporary of Vestris, Noverre, Duprè, and Dauberval, all of whom admired his work. 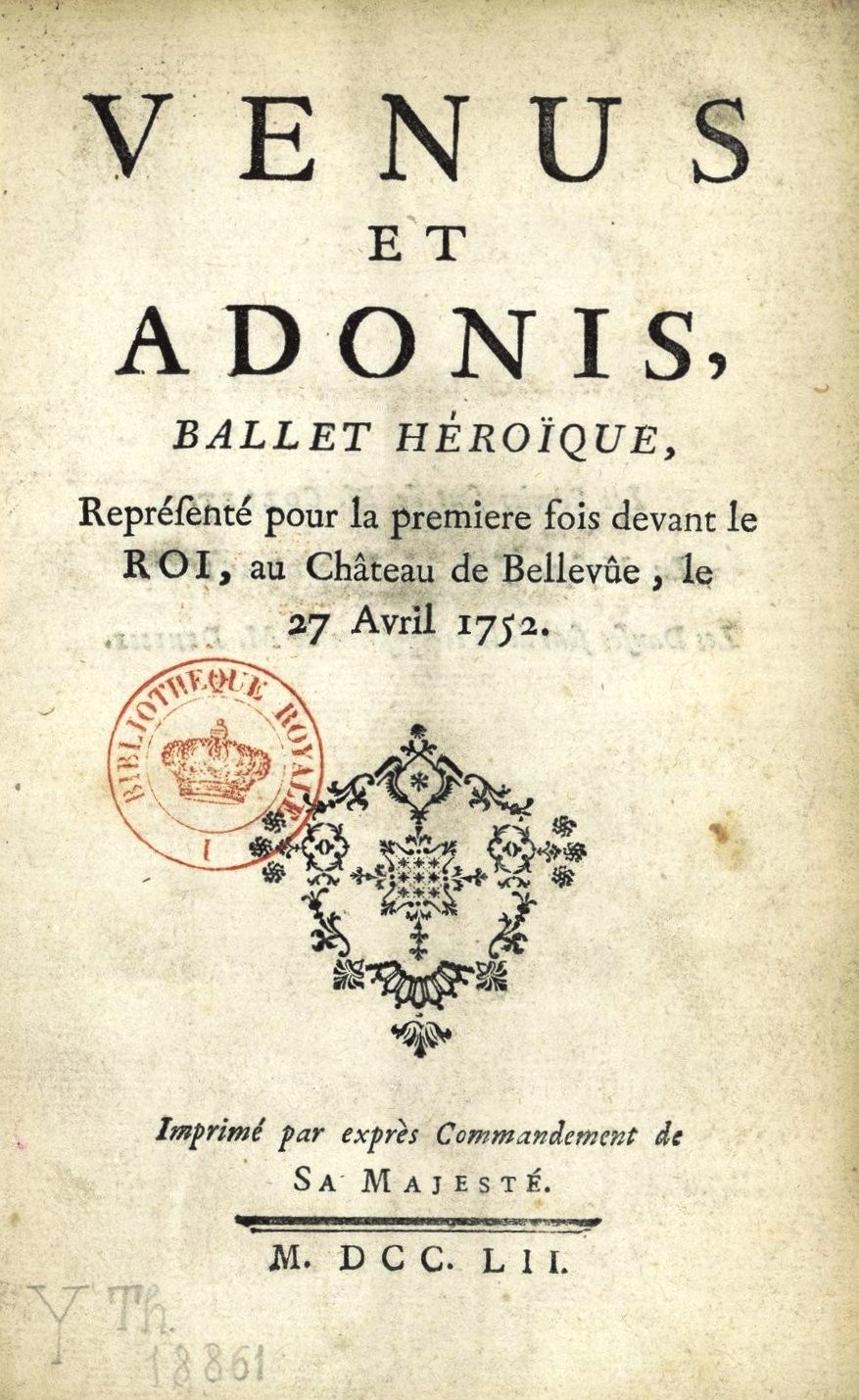 In fact the Chinese dance performed by Crivois at the Township Festival was from Deshayes’s ballet-pantomime The Chinese Wedding which was choreographed by him in 1756. Deshayes, like his contemporary  Jean-George Noverre was probably taking advantage of the mid-eighteenth century popularity of Chinese theatrical themes. In 1754 Noverre had choreographed Les Fetes Chinoises for the Opera-Comique.

La Danse Chinoise, 1742, by Francoise Boucher.
Example of a Chinese dancers costume from the era. A similar dance costume was perhaps worn by Crivois. 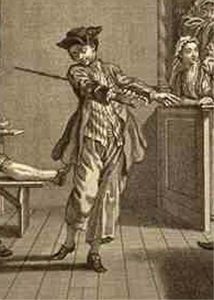 The sailor’s hornpipe danced by Silva was from Deshayes’s the Dutch Seaman (date unknown.) At this time hornpipes were popular theatrical entertainment on both sides of the Atlantic. The gestures depicted in the hornpipe find their inspiration in the daily routine of early sailors. Movements include steps such as pulling in the anchor, hoisting the sails, climbing the ropes and looking from the Crow’s Nest, along with other steps performed with the arms folded. The Sailor’s Hornpipe was short, snappy and full of complicated foot patterns, and guaranteed to please any audience. These steps can still be seen today in the Hornpipe competitions performed at Highland games.

Dominique’s solo the Harlequinade was likely from The Feast of Stone which he had performed at Roi’s Inn at Quebec. 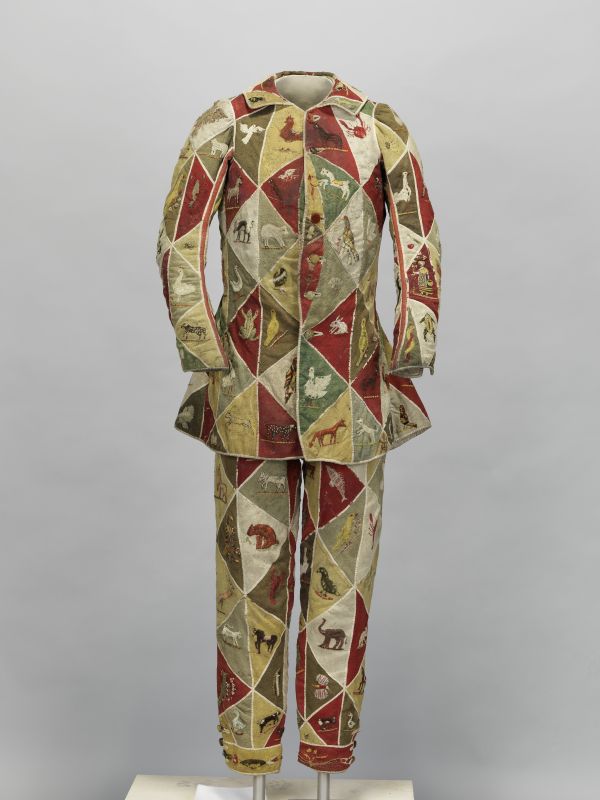