Theatrical activity in Hamilton, Ontario, Canada began in the early nineteenth century when the community was little more than a frontier village located at the head of Lake Ontario.

The first theatre folk to arrive were traveling players in search of performance opportunities. In horse drawn wagons loaded with their personal belongings, costumes and scenery, they toured the province during the summer months when roads were passable. On these tours they performed in taverns, inns, hotel ballrooms, lofts, and any space, no matter how humble.

Over the ensuing fifty years Hamilton witnessed a variety of theatre endeavors involving both amateur and professional players, as well as the establishment of a building devoted specifically to theatrical performances.

The history of theatre in Hamilton from 1800 to 1850 can perhaps be taken as a model of how theatre developed in the province. 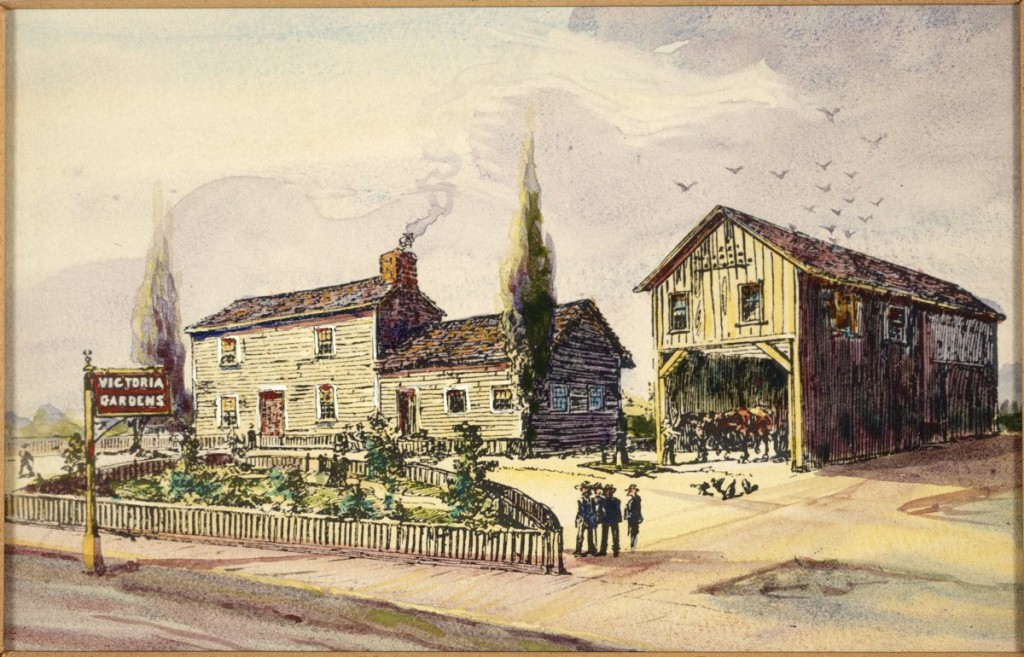 In the early 1800s when the theatre folk arrived in Hamilton, it was likely that they headed for Price’s tavern where they were assured of accommodation and performance facilities. Located outside of the village limits, the Price Tavern was purchased by Sam Price from Angus McAfee; it had been there from before 1800. Under Sam’s ownership the tavern flourished, and like many early Canadian taverns, it played an important role in the life of the community by fulfilling the need for a place to gather socially. Frequented mostly by men, these taverns were known to be rough and tumble places.

The Price Tavern was a two storied structure with a separate drive shed for horses and carriages. Wandering minstrels, magicians, actors, so-called “professors” lecturing on phrenology crowded together with their audience in the tavern. Performing in a tavern where space was at a minimum the actors would have needed to adjust to these limitations. It is likely that they accomplished this by simply presenting a reading from a play while dressed in costume, and concluding their performance with a song or two. The song would be sung A cappella, or to a violin accompaniment played by a fellow actor or even the local fiddler.

By the late 1820s, Hamilton was on the verge of being incorporated as a town (1833), and as such, began cautiously allowing travelling theatre folk to entertain in the village proper.