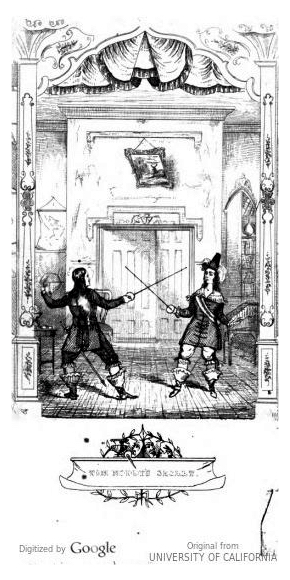 The opening performance on May 11th featured three plays, Somebody Else a farce by James Robinson Planche, a second farce A Thumping Legacy by John Maddison Morton and Perfection or, The lady of Munster a comedy. by Thomas Haynes Bayly. May 12th the company presented Andrew Cherry’s comedy The Soldier’s Daughter (with Emma in the role of the Widow Cherry,) and James Kenney’s musical face Turn Out!

May 15th they played John Buckstone’s farce Shocking Events, Thomas Haynes Bayly’s Tom Noddy’s Secret in which Emma played the role of Gabrielle, and William Pleater Davidge’s Minister of Finance. This particular performance was under the patronage of Sir Allan MacNab who, according to the Hamilton Spectator “proposes honoring the Theatre with his presence.” At this performance between the acts entertainment featured Mrs. Frary singing two Scottish songs written by Robert Burns. Oh! Whistle and I’ll Come to You My Lad which was written by Burns in 1793 to the tune of The Irish Lover’s Morning Walk. Her second song, Coming Through the Rye was set to the strathspey tune The Miller’s Wedding. Mrs. Hill performed a Highland Fling and a cachucha while playing the castanets.

At the end of May, Skerrett engaged James Wallack, Jr., J.D. Leonard and Mrs. and Miss Maywood, the dancer Sallie St. Clair, and extended the Hill family.

Shakespeare’s Othello was presented on May 27th with Thomas Blaides De Walden in the role of Othello, and Emma Skerrett taking the role of Desdemona. Othello was followed by William Bayle Bernard’s petite comedy The Four Sisters or Woman’s Worth and Woman’s Ways. Mrs. Frary and Mrs. Hill provided between the acts entertainment. The program closed with the entire Company singing God Save the Queen, an appropriate conclusion since the previous Monday was May 24, Queen Victoria’s Birthday.

June 7th brought the Irish comedian J.D. Leonard to the Royal’s stage supported by the singers Mrs. and Miss Maywood and the dancers Sallie St. Clair and Anne Hill. Leonard starred in William Bayle Bernard’s The Irish Attorney and Richard Butler Glengall’s The Irish Tutor; the latter play included a Donnybrook Jig danced by Mr. Leonard. Mrs. and Miss Maywood sang Raising the Wind, and Sallie St. Clair presented an excerpt from the ballet La Sylphide. It is worth noting that in her performance of this excerpt Sallie introduced Hamiltonians to their first theatrical experience from the Romantic ballet repertoire, and dancing “on pointe”.

James W. Wallack, Jr. opened at the Royal on June 21st in two featured roles, playing Shylock in Shakespeare’s Merchant of Venice, and the lead role in Samuel James Arnold’s comedy, My Aunt. Sallie St. Clair was featured as between the acts entertainment.

Wallack appeared again on the 23rd in The Stranger, by August von Kotzebue, and Katherine and Petruchio. The latter was an edited version of The Taming of the Shrew, which was not unusual in this era of the theatre. Mr. Wallack played the role of Petruchio with Emma Skerrett playing Katherine.

June 26th was the company’s final Hamilton performance. Wallack played in Shakespeare’s Othello which was followed by the farce of The Four Sisters. The following Monday the Skerrett Troupe left for engagements in Toronto and Kingston, and then returned to Montreal where George had a contract to manage the New Theatre Royal, and the theatre at Albany, New York. 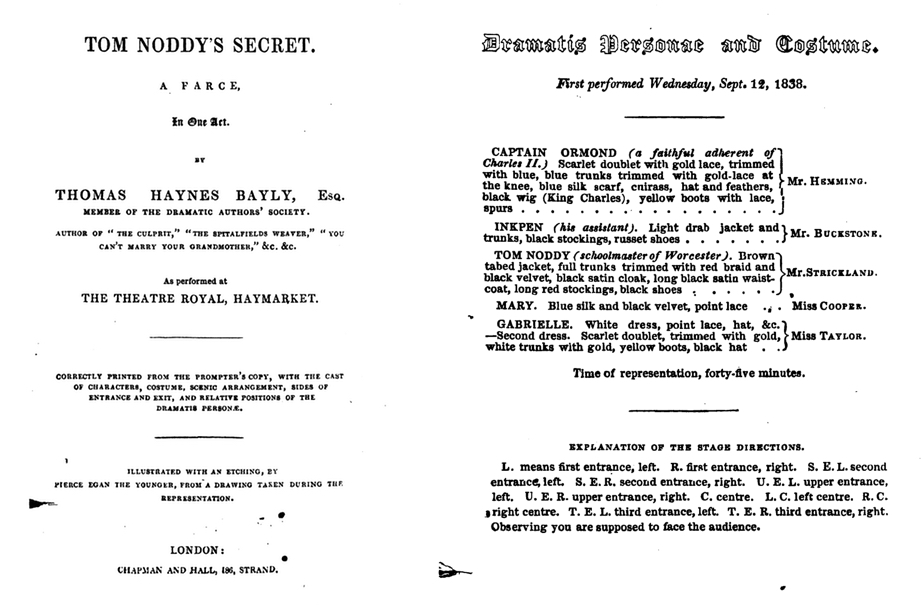